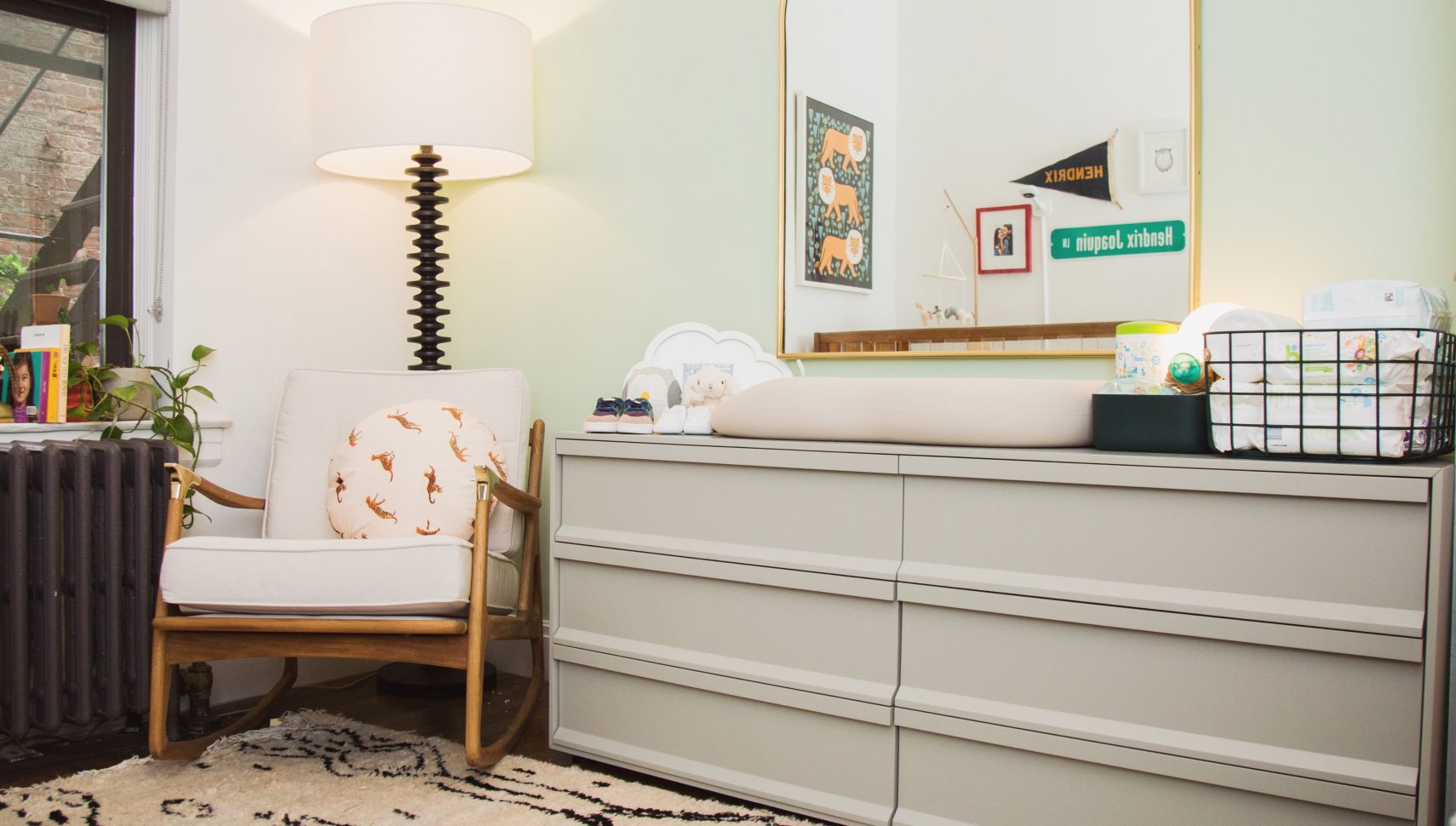 Female boss and mom-to-be Cyndi Ramirez-Fulton is undeniably busy. But she knows how important it is to just chill. Cyndi founded Chillhouse, New York’s Lower East Side cafe-meets-spa known for its new-age facials and funky manicures alongside wellness-infused beverages. Chillhouse isn’t just a space that offers beverages and services, “it’s a way of life,” Cyndi shares. “It’s that ‘me time’ that you crave daily; it’s a moment of self-reflection and self-love; it’s a feeling of, ‘I deserve this!’” she says.

Using her own Chillhouse mantras as inspiration, Cyndi turned to Havenly to help create a relaxing, yet super-cool nursery for her baby boy, Hendrix. And as we kicked off the design, Cyndi got to indulge in a little more pre-baby chill time.

“The Baby Hendrix nursery was one of my most special projects yet, and I wanted it to be perfect,” Cyndi says. “That meant creating a nursery that didn’t scream ‘baby’ but brought in elements of my husband’s and my taste paired with nursery musts.” 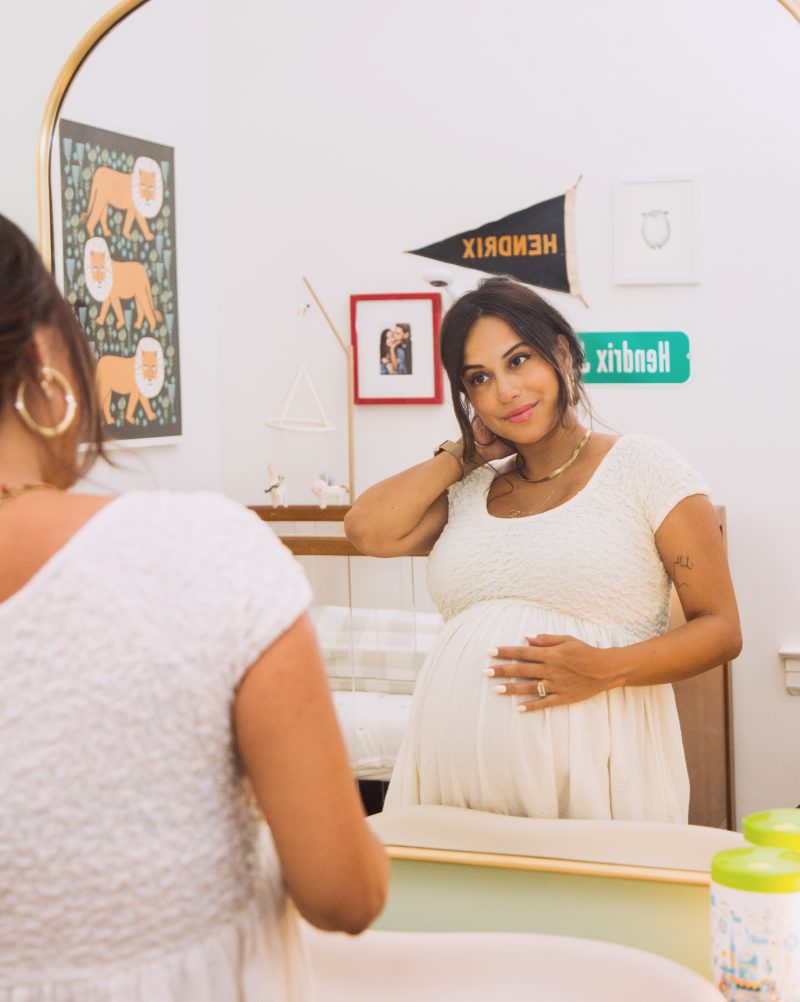 Cyndi knew Hendrix’s nursery would become the most important room in the house, and where she and her husband (and Hendrix!) would spend the majority of their time.

“I have a lot of opinions when it comes to design as someone who has helped design a couple of venues, as well as my apartment, so I was definitely super particular,” Cyndi says. “The first thing I did was send our designer my Pinterest board, and she then presented me with a few different style directions. From there, I told her what I loved from each board and she consolidated pieces. We sent her items that we had already purchased so that she could incorporate those as well.” Cyndi describes her experience as a collaborative process with just the right amount of communication to create a space she is absolutely obsessed with. 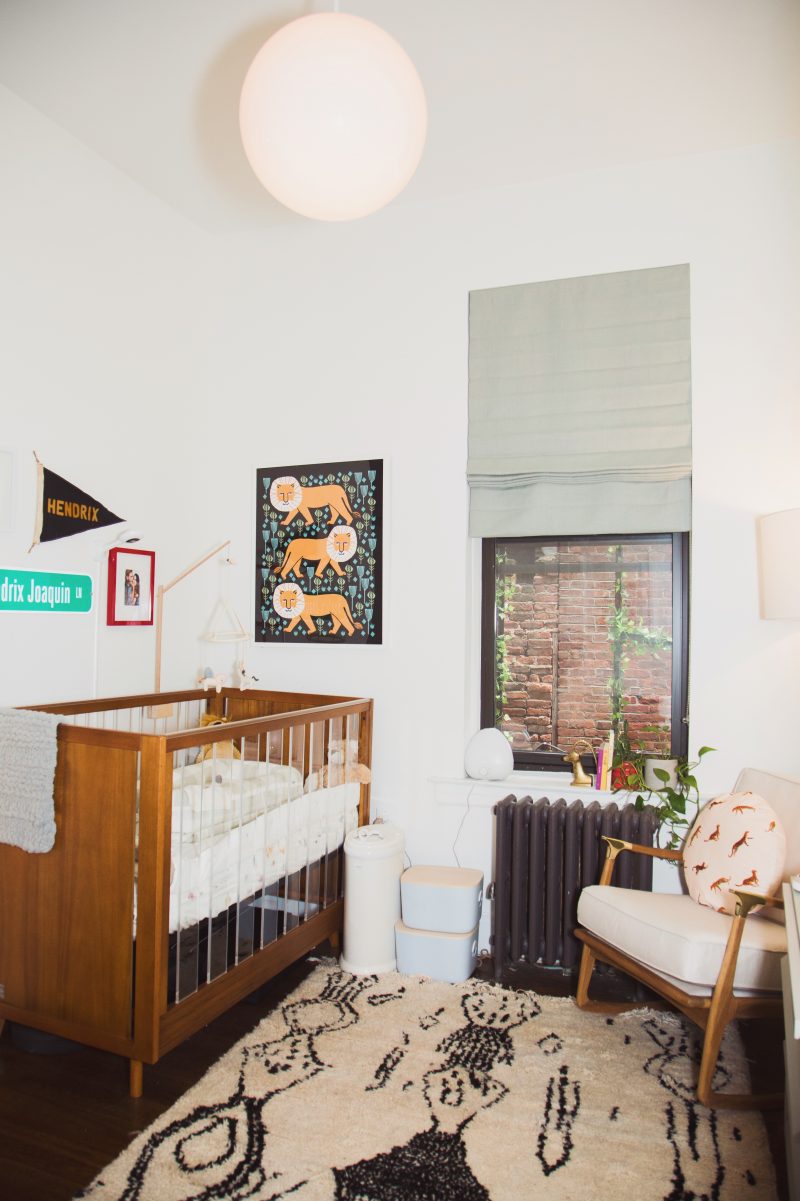 Because Cyndi lives in New York, where square footage is a precious commodity, her small apartment needed to feel cohesive with their existing style and decor. “We didn’t want the nursery to seem like such a separation from the rest of our taste,” she says.

Havenly helped her translate her self-described “chic, modern, eclectic and bold” style into a tasteful nursery space that vibed with the rest of her home—yet also had key elements of playfulness perfect for a little one. “I was strangely attracted to safari animals in other nurseries I saw, so we incorporated some of those through the artwork and his stuffed animals,” she says.

The space also includes some seriously stylish design pieces, like the dresser, which is low enough for Cyndi to change diapers comfortably. “I’m pretty short!” she says. The lucite and wood crib from West Elm adds mid-century modern style while the wood-framed rocker from Anthropologie and arched mirror from Rejuvenation extend a bohemian vibe. 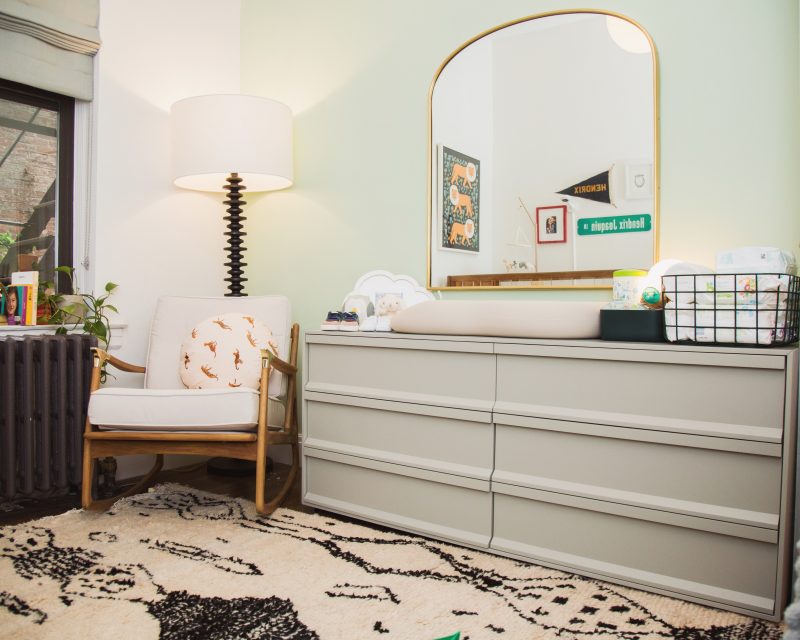 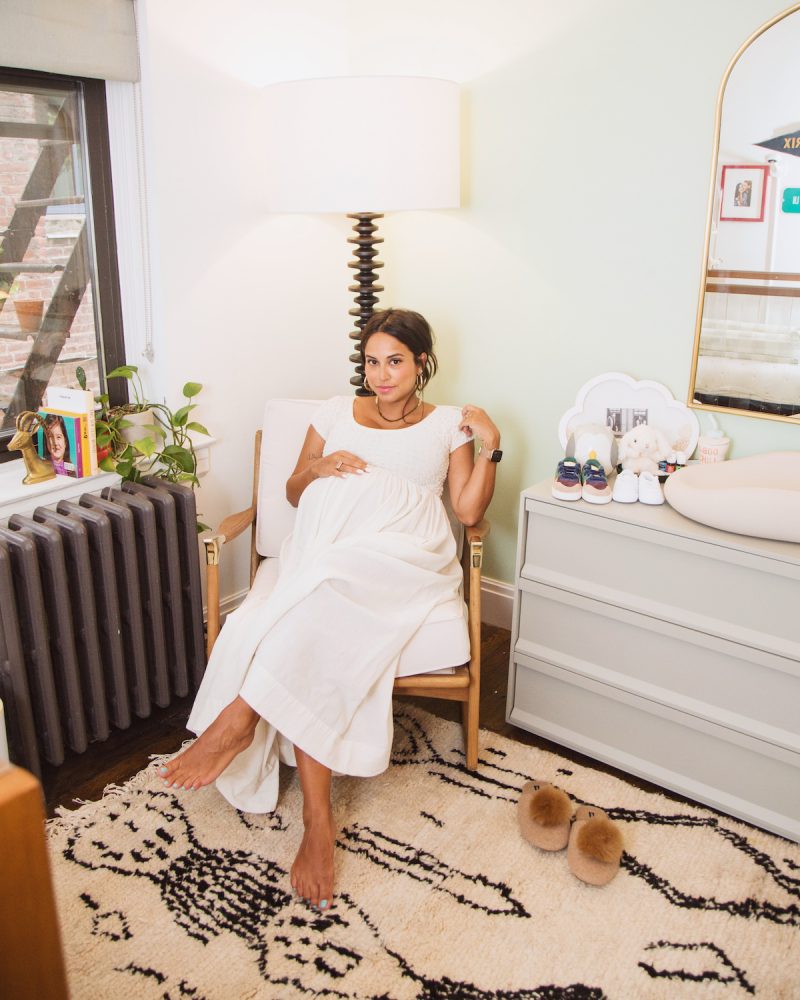 Given the realities of small-space living, organization was a crucial part of the design process. For Baby Hendrix’s nursery, Havenly and Cyndi partnered with Open Spaces to maximize storage in style. “We got the Drawer Dividers, Nesting Trays, Medium Bins, Small Bins, and Large Baskets,” Cyndi says. “They all serve their own purpose for storage and organization, and they’re so minimal that they don’t distract from the rest of the space.” While Cyndi shares she loves them all, her favorite is the dividers—”They take the organization game to the next level,” she says, noting that she uses them in the dresser, labeling each section.

Havenly and Open Spaces recognized the role of organization in Cyndi’s design: it makes day-to-day life easier, and also creates a mental breathing room to enjoy all the amazing moments of motherhood. “I can only be present and relaxed if my space is organized, and I want the nursery to always feel like a sanctuary so that positive energy stays present around my baby,” Cyndi says. 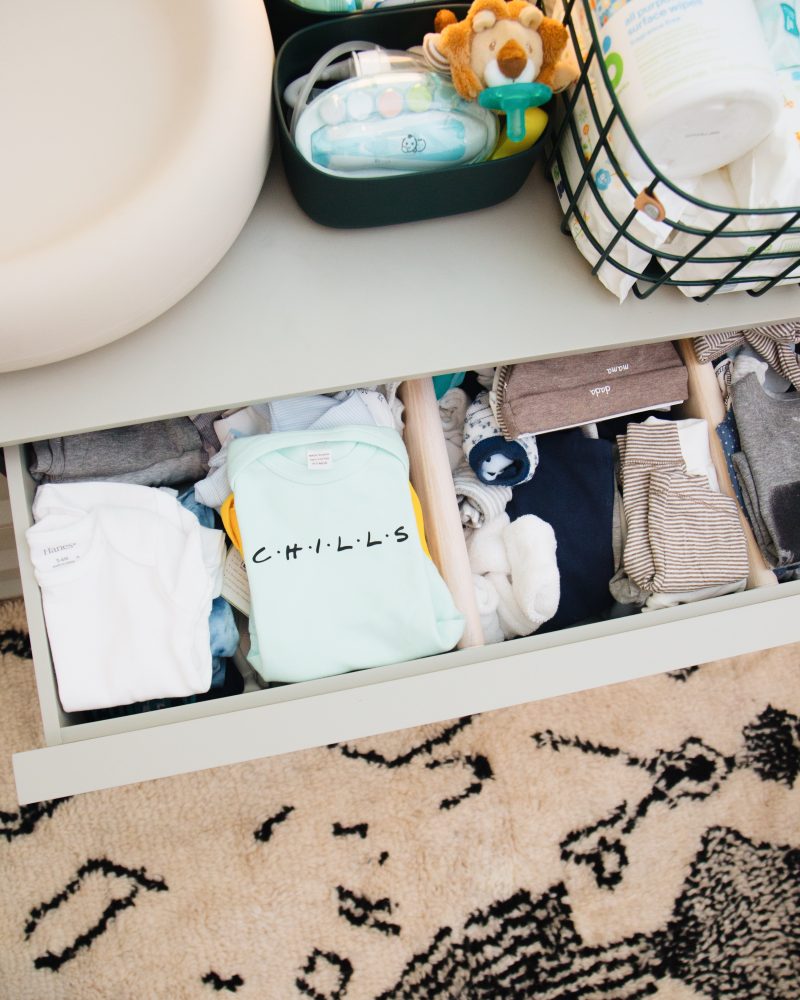 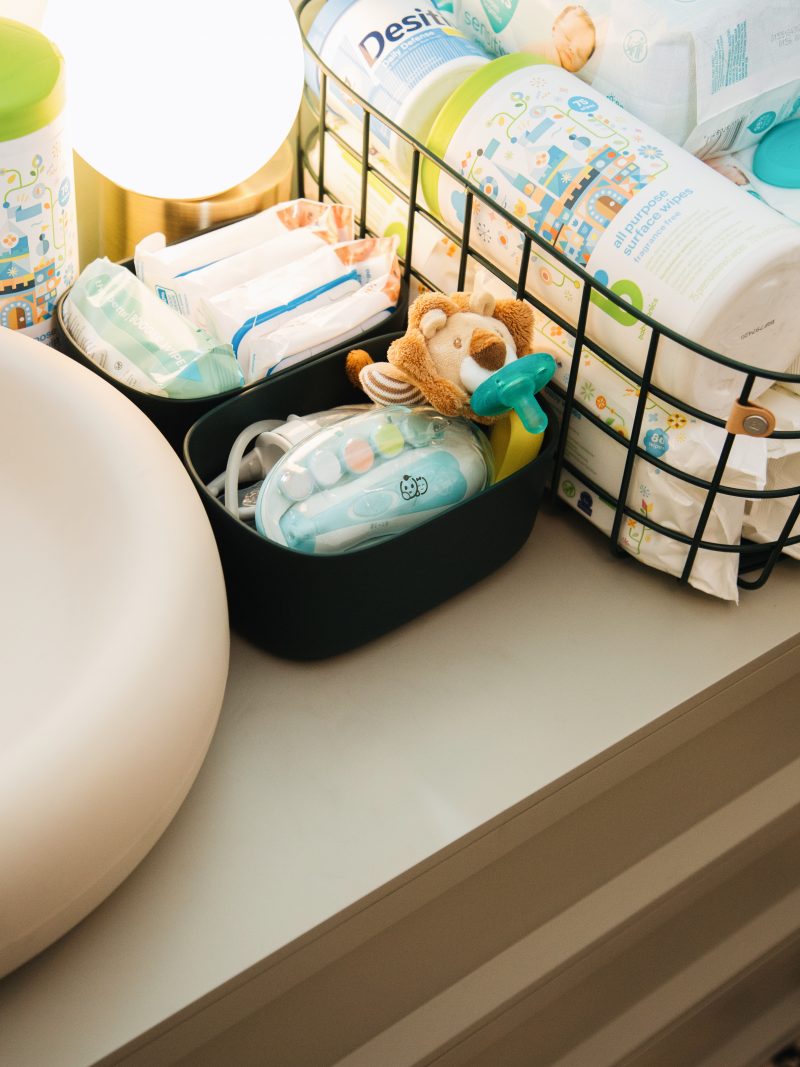 “At the end of the day, Adam and I are caretakers. We wanted our home to be reflective of that, despite the small size. It’s cozy and inviting,” she says. That same comfortable feeling is reflected in Baby Hendrix’s nursery, and the final design sparks just one emotion, Cyndi says: “So much love for my baby boy.” 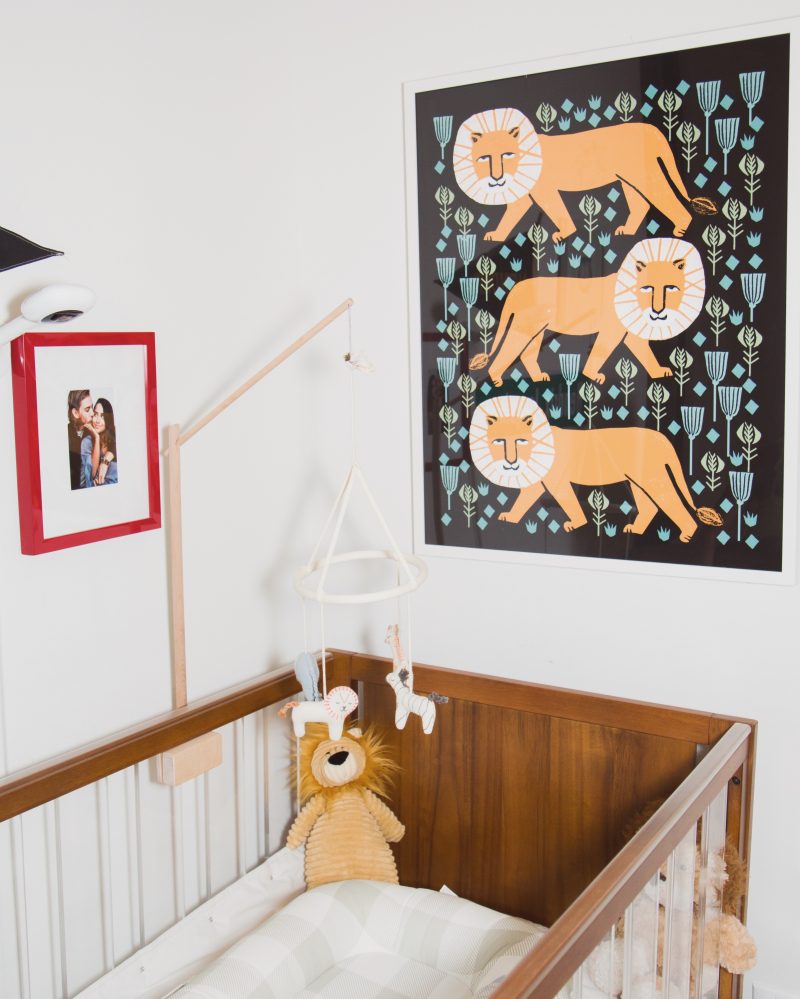 The perfect room for a baby can still be stylish. Get started with our interior design style quiz and save 20% on The New Parent Bundle by Open Spaces curated to help you create a calm, clutter-free space.

5 Small Changes with Big Impacts for Your Space (and Mind)