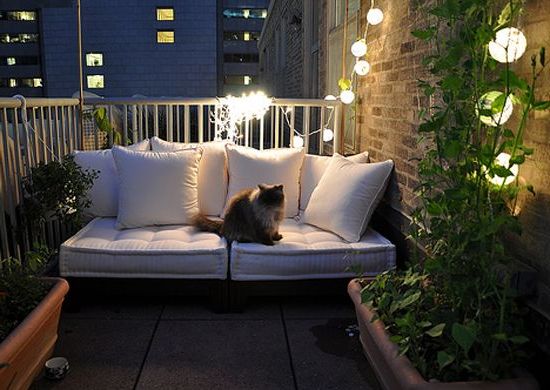 WORDS BY The Havenly Team

As the inaugural post to welcome you all to the world of Havenly, we wanted to celebrate (and bitch about) something that is near and dear to us: New York City apartments. Both of the founders of Havenly could be considered New Yorkers: Lee went to college here and ended up living in the city for about ten years, and I (Emily) will celebrate my third anniversary with the city in May. And there is nothing as uniquely “New York” as complaining about rent/space/broker fees/co-op boards/etc. Except maybe the 24 hour bodegas. Or the crazies on the subway. Or the $25 cocktails and the old men that hit on you by telling you how wealthy they are.

But anyway, it does seem like many of the conversations I’ve had with various people over the past three years have revolved around the insanity that is the real estate market in the city. Only in NYC can you pay $3000 for a 450 square foot apartment in a broken down building, while also paying a 15% broker fee on top of that. Only in NYC do you share an apartment with roommates by building a fake and potentially flammable wall that leaves you with a 50 square foot living space (I’ve done that before). Only in NYC is the average apartment for sale priced at $1.46 million, making us all feel like peasants all the time, no matter how good your job is (remember this article about how we’d all be considered wealthy if we moved out of NYC?). It’s enough to make even the strongest of us want to pack up and move to Kansas (slight exaggeration, but I’ve definitely thought that before- I think a small and ethnically ambiguous girl such as myself would kill it in Topeka).

Enter the concept of a “micro-apartment.” In July 2012, Mayor Michael Bloomberg launched a pilot program to develop micro-units and test the NYC market for their feasibility. Developers and architects were invited to submit proposals of apartments sized between 250-350 square feet, that featured multifunctional spaces that utilized every square inch. Bloomberg waived the minimum unit size regulation to test out this concept, and he certainly identified a mismatch in the housing market—  although single adults make up almost half of New York City’s population, only 1.5% of NYC’s rental housing stock is a studio or one-bedroom apartment ready for occupancy. As I’m a huge Bloomberg fan (an unmarried billionaire who name checks Dorota on the Gossip Girl season finale? I’m sold), I’ve been following the project since it was publicized, and today I trekked up to 104th and Park to visit the Museum of the City of New York to see their exhibit on the micro-apartments. They showed the winning proposal, as well as an example of a 325 square foot apartment.

The brilliance of the apartment lies in how seamlessly the furniture and the apartment coexist. The Murphy bed pulls out of the wall, which turns into a sofa when you’re not sleeping. The TV slides to reveal a shelf to house your champagne glasses and possibly other things you want hidden from your guests (sex toys? Embarrassing baby photos? To each his/her own). The baby dishwasher under the sink is enough to fit one person’s plates and cups. The chair turns into a stepladder. The dining table can be hidden in the kitchen shelving, and the dining chairs are hung up on the walls.

Now although very few of us want to live in a space slightly smaller than our college dorms, and I’m personally freaked out by the bed-in-a-wall concept, the multifunctional furniture that was displayed throughout is something that we can all work into our small NYC living spaces. Look for pieces that do multiple things— an ottoman that acts as storage or a dresser that also acts as a shelf. Take a look at a few of the pictures of the apartment, and let us know what you think! Main living space: the bed pulls out of the wall behind the couch