If we had to think of the coolest thing someone could drop in conversation at a party, “I keep an apartment in Paris,” would rank pretty high. Yes, “keeping” an extra apartment anywhere is pretty goals-y, but that’s only half the intrigue. It’s been said a million times before, but we’ll say it again, because it’s true — there’s just something about Paris. Fortunately, while the City of Light is notoriously enigmatic, there are distinct features of French fashion and home decor that you can emulate in your home.

“Parisian style always has that effortless, cool-girl effect,” says Havenly’s VP of Creative & Design, Shelby Girard. And while there’s that je ne sais quoi you’ve undoubtedly heard about, too, there’s a way to build the look, as Shelby’s classic Brooklyn brownstone demonstrates. “Whether your space is new and modern with minimal detail or older and filled with ornate features, you can achieve this style through the mix of furniture and decor,” she says.

Contrast is key. As Shelby breaks down the “ingredients” of a Parisian Modern room recipe, the common element of contrast runs throughout, from color palette and materials to the overall vibe.

Being able to play with a this-meets-that aesthetic is perhaps why Parisian Modern is an enduring favorite among Havenly clients. “This style is a classic and has been around for a while, but I think it’s grown in popularity recently as people have moved away from overly glam spaces and more into a luxe style that feels updated and mixes in more modern elements,” Shelby says. 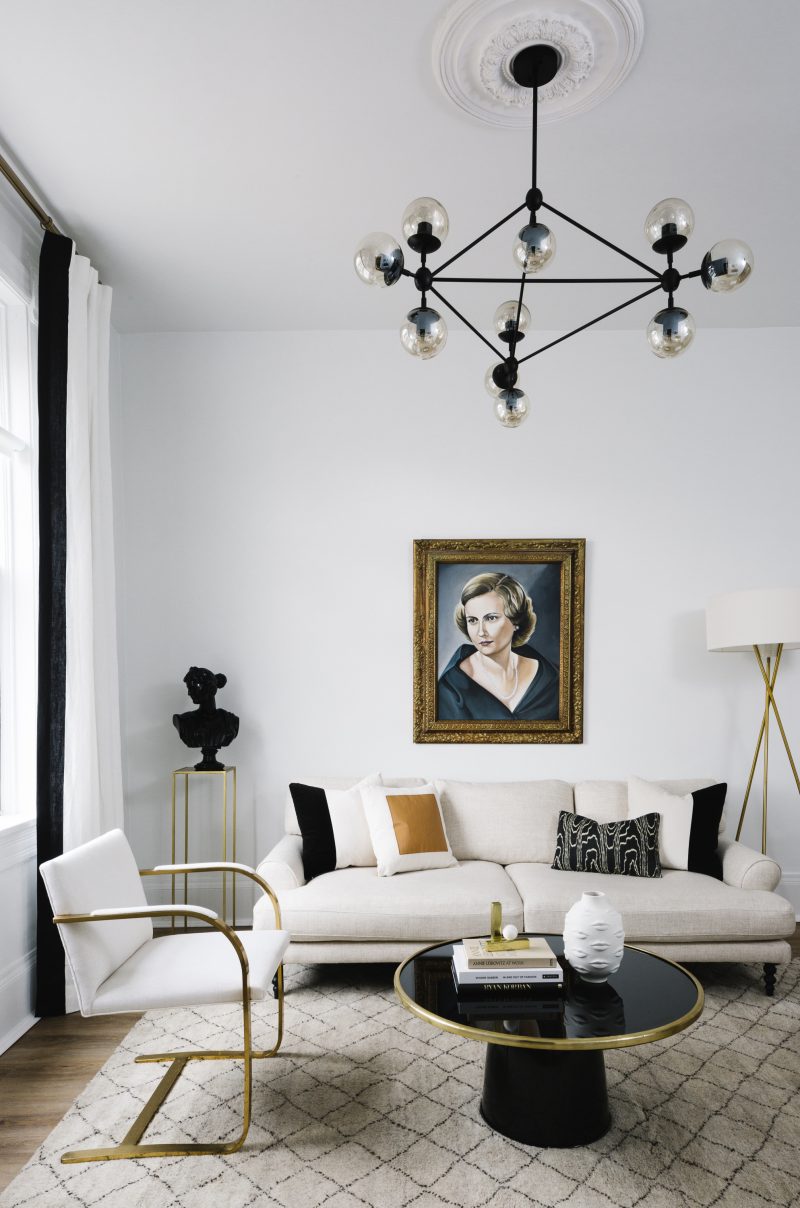 It makes sense that the French coined the term “juxtapose,” which comes from the Latin “juxta” (near) and French “poser” (to place). As its name suggests, the juxtaposition of history-rich Parisian sensibilities with a modern spin defines the style.

“Think a gilded mirror placed next to a sculptural modern accent chair,” Shelby says. In every sense of the word, the juxtaposition of traditional with modern makes for a perfect pair. As for why it works? Well, not to be too cliche, but it’s the very definition of je ne sais quoi: you can’t immediately put your finger on it, but the harmony is obvious. 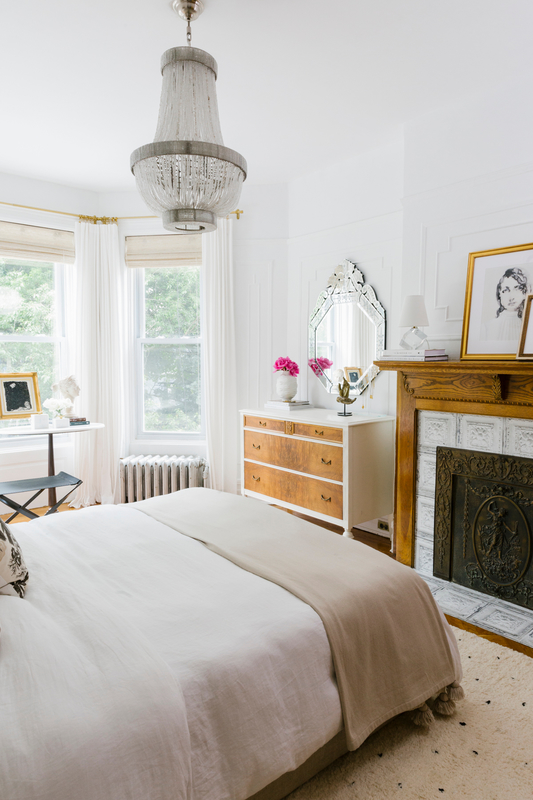 One way to do so: top a traditional table with bold lighting overhead to give it a more structural complement. 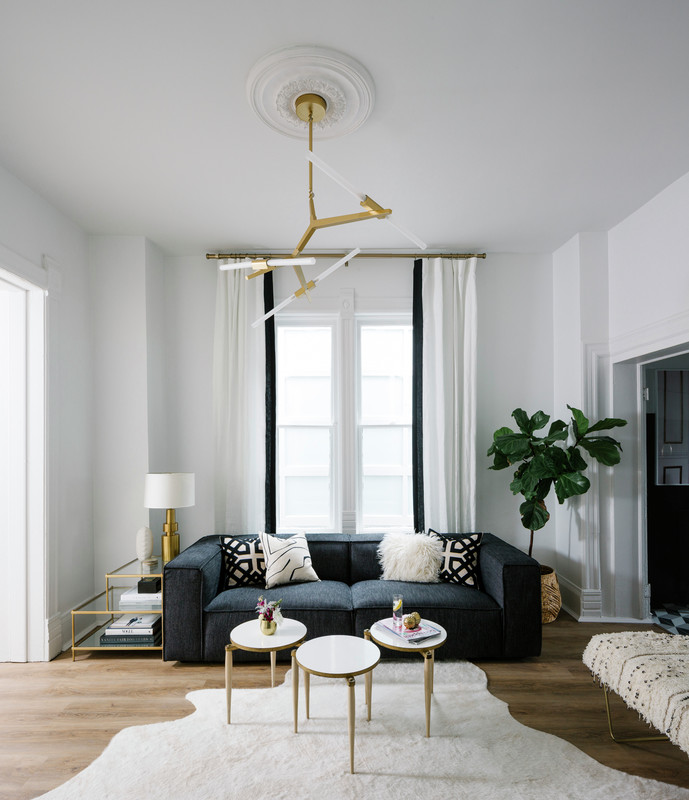 Black and White and Neutral

Another signature of Parisian Modern style comes from an elegant, neutral color palette punctuated with graphic black and white. Shelby opts for neutral walls to not only create a sense of calm, but also let details throughout the space shine. Because contrast is key to achieving the look, mixing in black and white elements like a graphic rug pulls it all together and emphasizes the modern part of the equation. 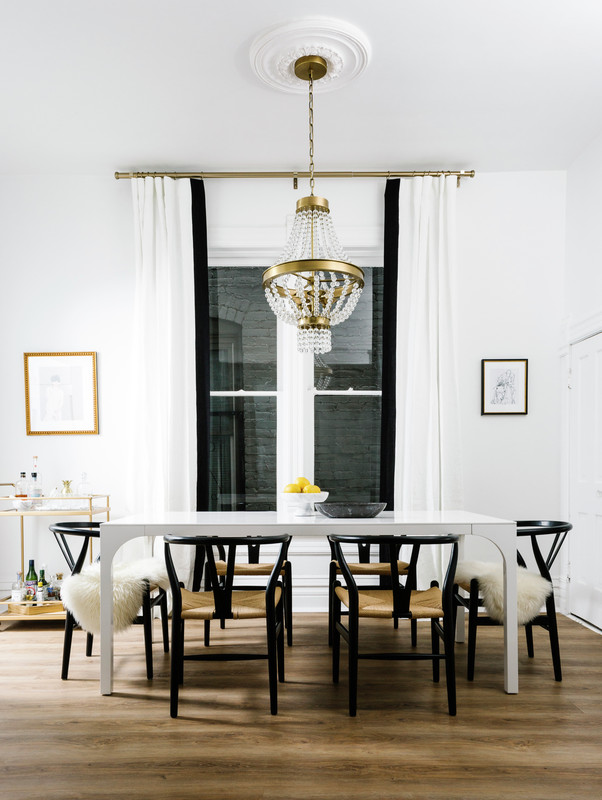 “I think people love Parisian Modern style because it feels curated and collected and not so out of a box,” Shelby says. You can’t follow a rigid formula to pull it off, because it’s supposed to look effortless, and if you want effortless, you have to personalize your space. Abstract art that ticks the edgy, high-contrast boxes lets you put some personality on the walls. Keeping flowers around—fresh or faux—will breathe some life into your own, unique abode. Just make it you. It’s your cool-girl Paris apartment, wherever you happen to live. 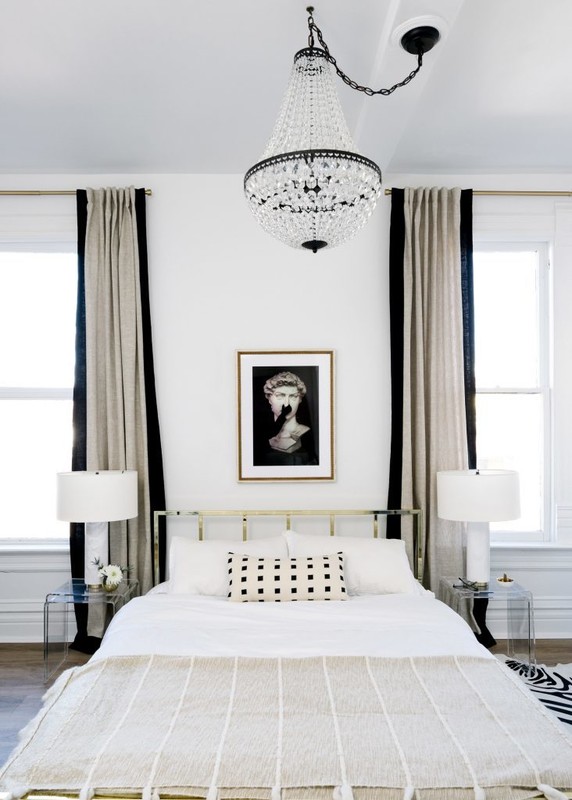 Take the first step in making your French-inspired decor fantasies a reality with our style quiz. 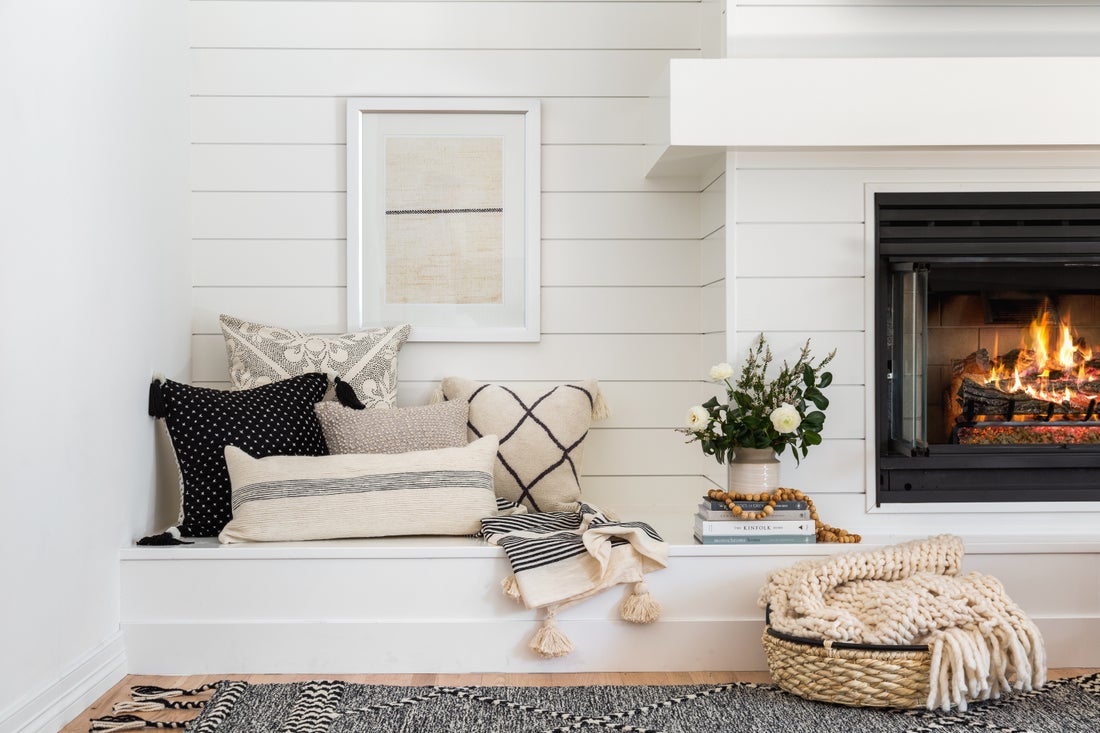 Cozy + Comfortable: How to Decorate with Pillows